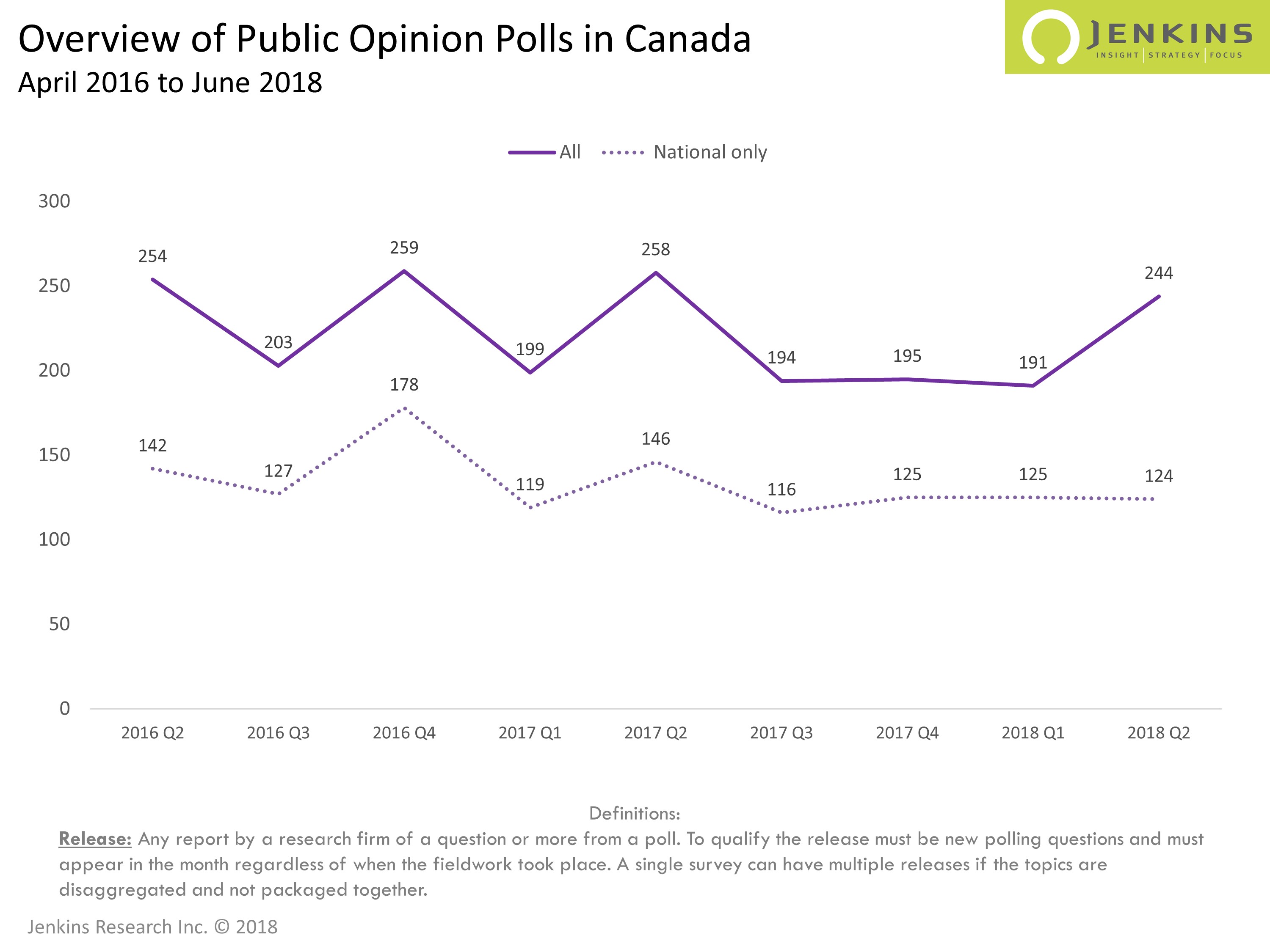 After three quarters of stable public poll releases (between 191 and 195), Q2 registered 244 polls on the back of a large amount of Ontario election polling. This was not the highest quarter on record, in 2016 259 releases were identified but it was close. The importance of Ontario is reflected in the fact that the polls with a national focus (124 in Q2) continued the stable trend. 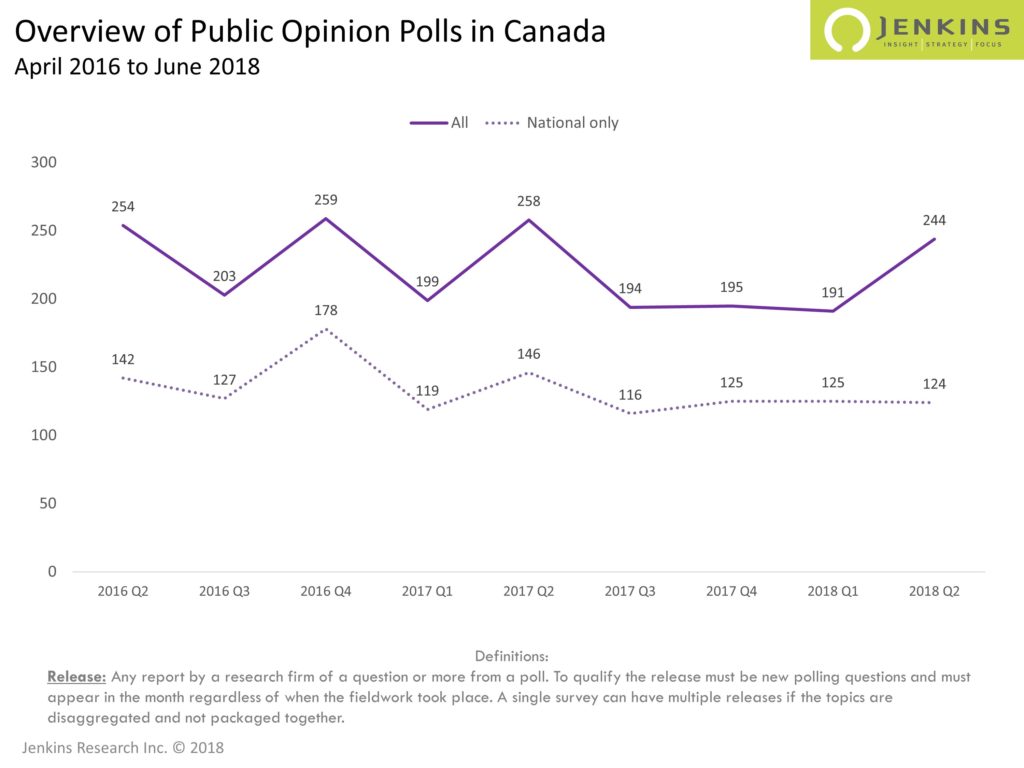 The “horserace” poll ruled Q2 with 41% of all poll releases identified as being primarily about the horserace. Ontario was the key driver here; 84% of all Ontario polls were about “Electoral and Political Competition”. 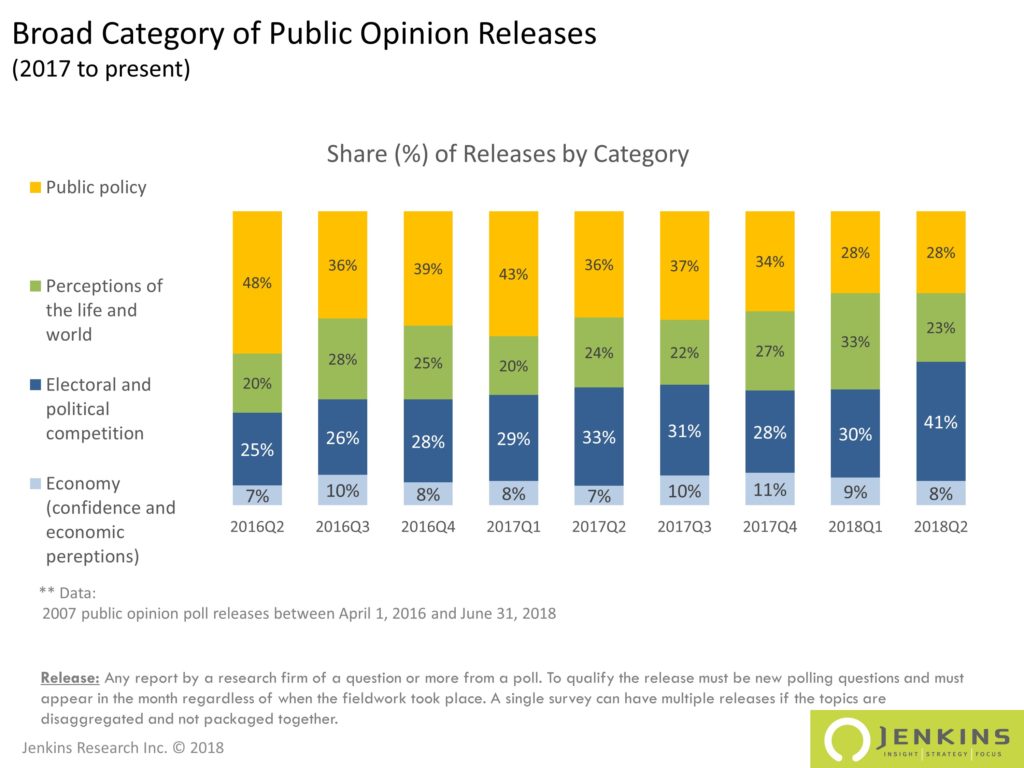