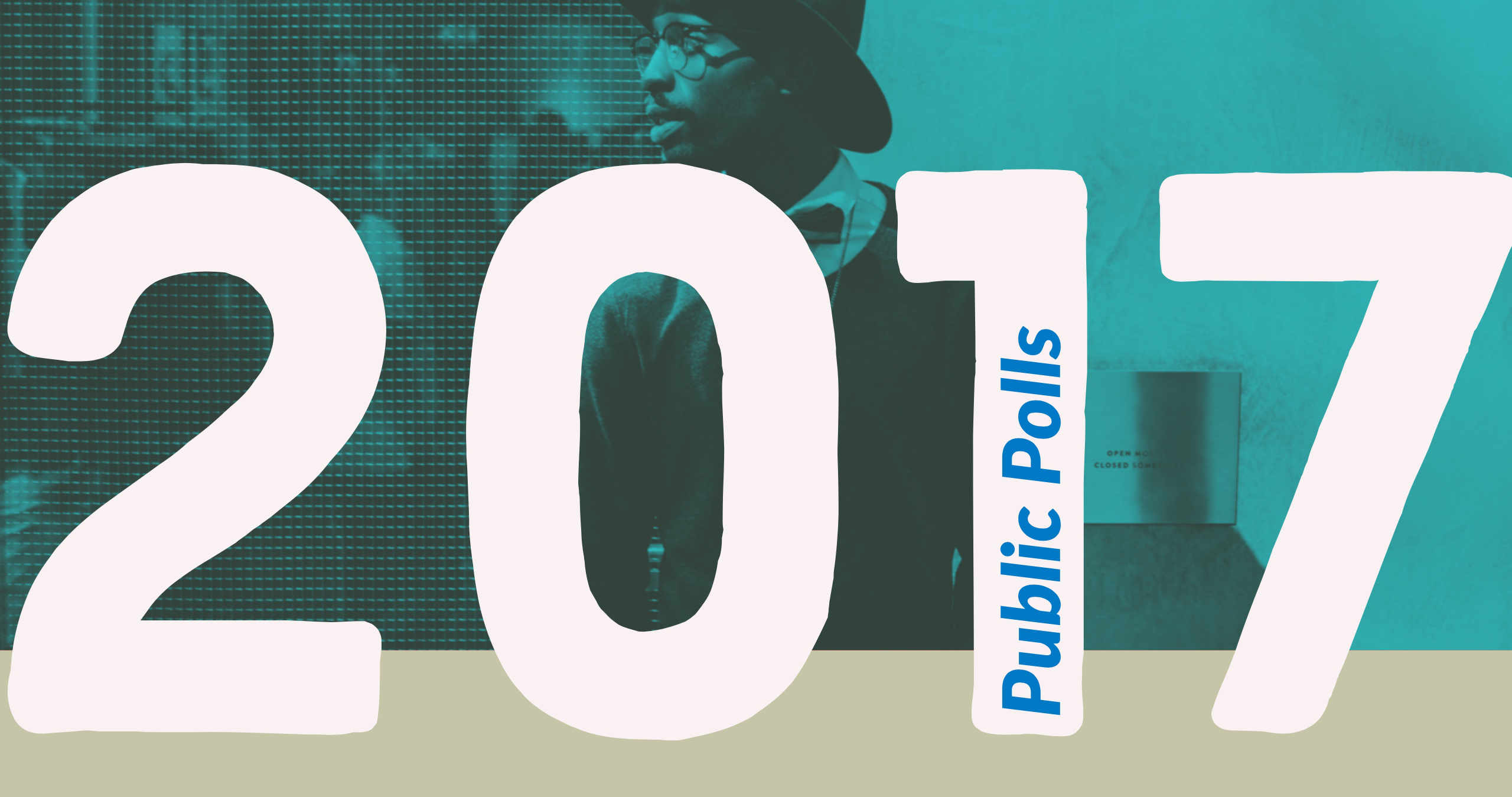 While polling continued to be ubiquitous in Q4 (195 public opinion releases were identified), the number actually was significantly lower than in Q4 of 2016 when 259 polls were released (the quarterly tracking is here). Given the October to December period is a natural time for polling to surge as Parliament is sitting, the decline is noteworthy. We will be watching closely to see if Q1 in 2018 matches the 2017 figure (198 polls). 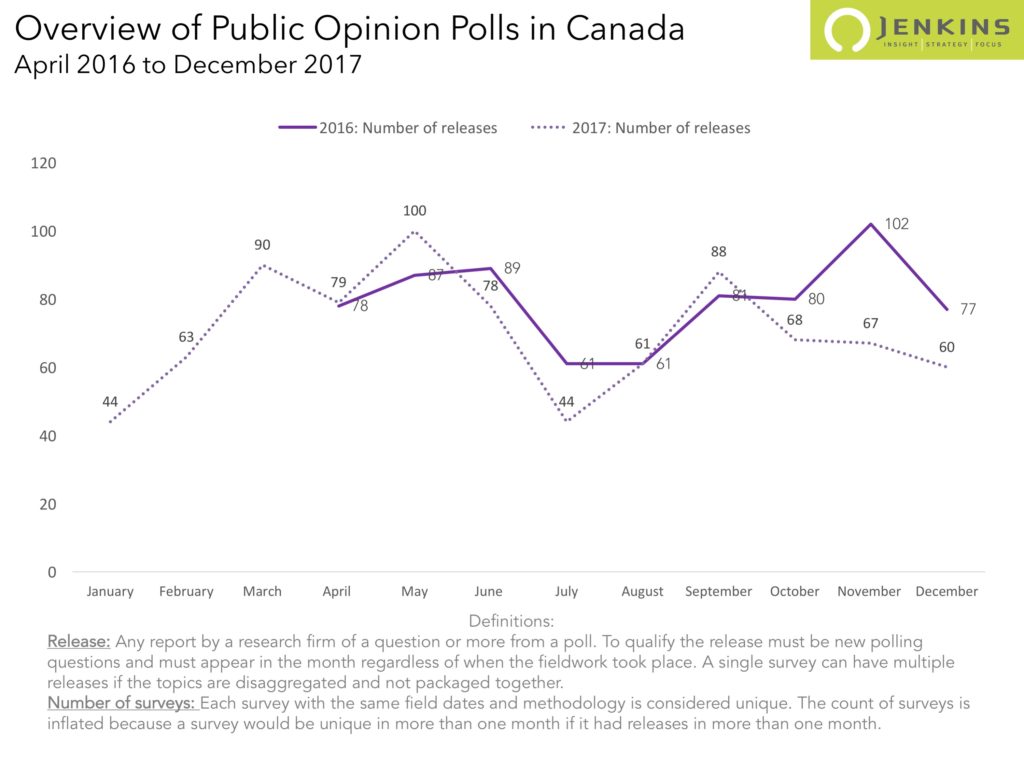 When we look across the year, the share of electoral and other horserace polls declined in Q4 as more polls were about perceptions of life and the world we live in. These are polls about eating habits, personal finance and general consumer behaviour in which a policy link is tenuous or absent. 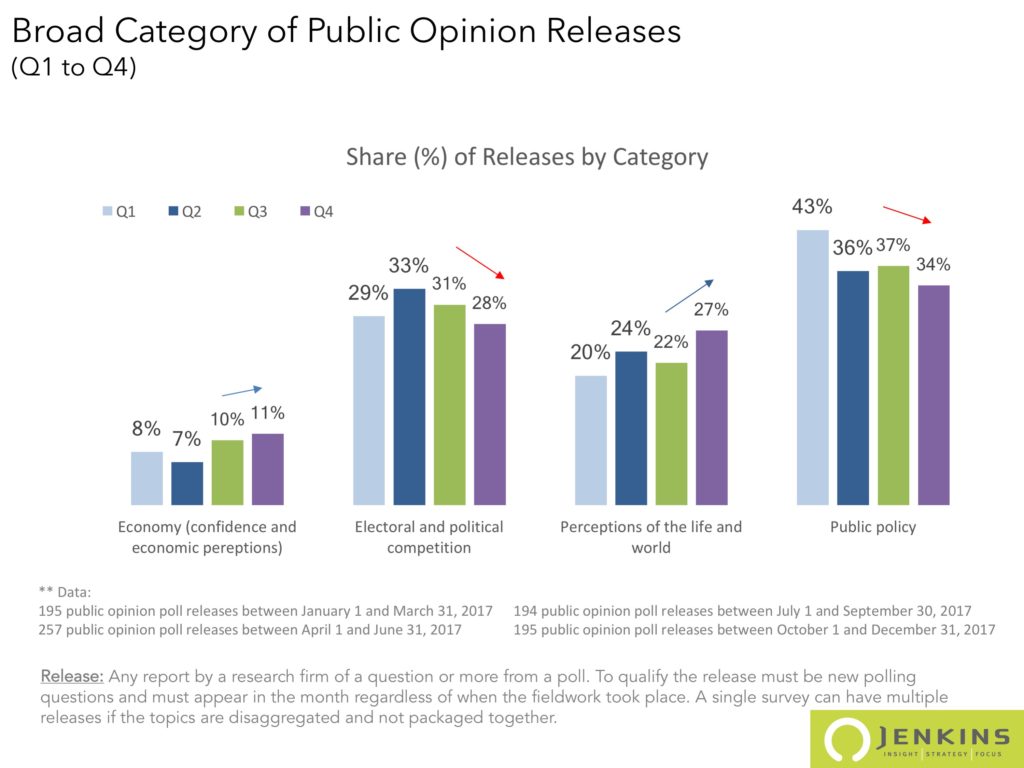 Fewer elections in Q4 may have keyed fewer polls