From war on drugs to legalization: broad changes in opinion since the 1970s

Surveys clearly show that Canadians are onside with the legalization of marijuana (surveys in 2016 and 2017 show 60-70% support) but looking back on how we got here offers some insight into how the issue evolved from a criminal issue to a social/ personal freedom issue.

In the late 1970s, around one quarter of Canadians when asked a dichotomous question chose legalization. Since the 1970s, the trends in questions asked across time reveal a pattern of increasing support for liberalization of laws surrounding marijuana use. By 2003, 55% either somewhat or strongly supported decriminalizing the possession of marijuana in small amounts in an IPSOS survey and support has largely increased since that time. 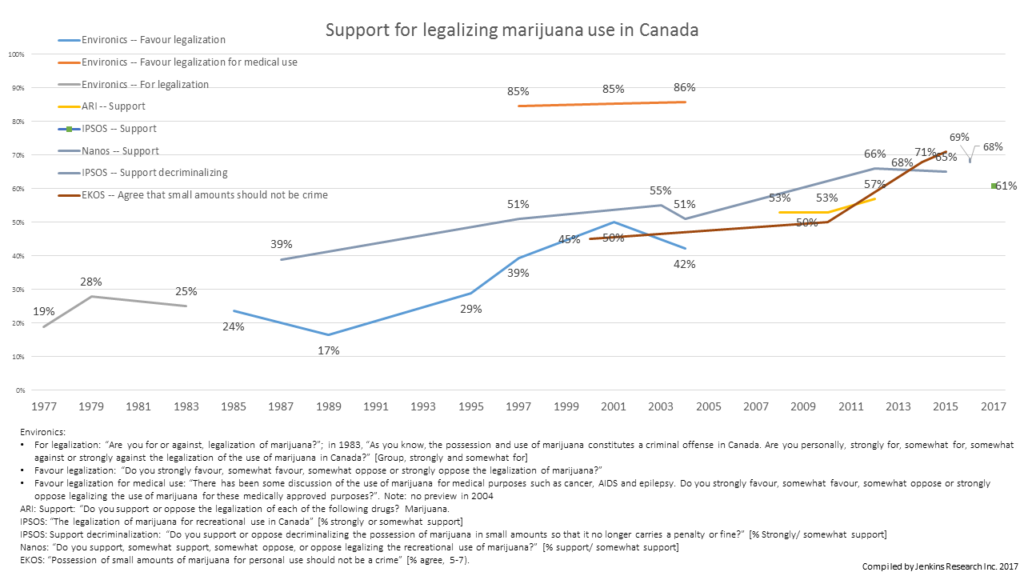 The trends in support for legalization hide a key aspect of the evolution of public opinion in the 1980s and 90s. As Gallup tracking shows:

In the late 1990s Canadians came to see marijuana possession as a minor offence — a complete reversal of how they saw the issue in the 1980s — but only one in four saw marijuana use/ possession as not an offence. This reversal set the stage for the acceptance of legalization or decriminalization but should probably not be interpreted as an endorsement of marijuana use.

What is not clear about the changes in attitudes is how much these reflect a changing view about marijuana specifically versus changing attitudes about personal freedom and choice. 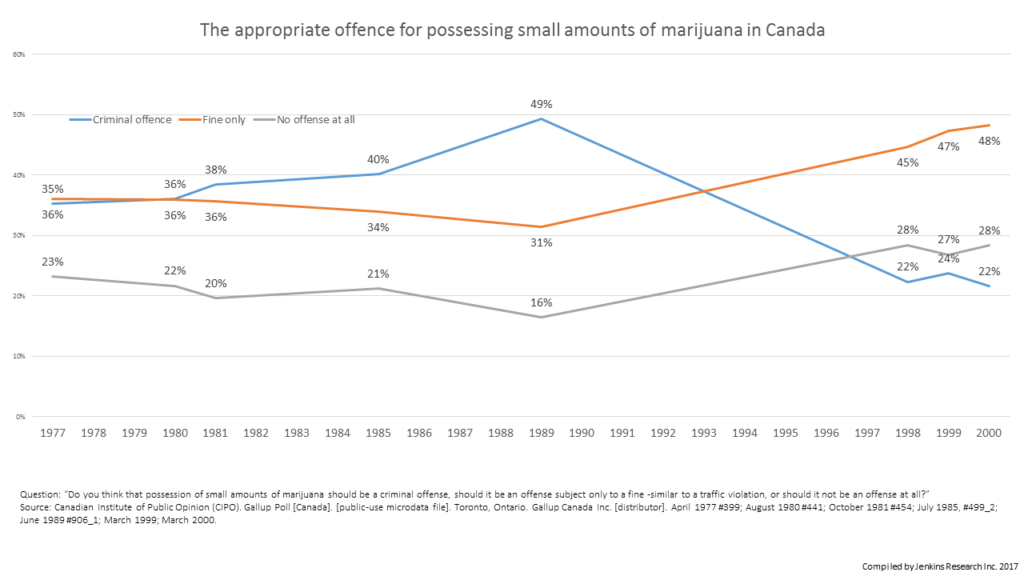