A Stunning Number of Polls are Released in Canada Each Month 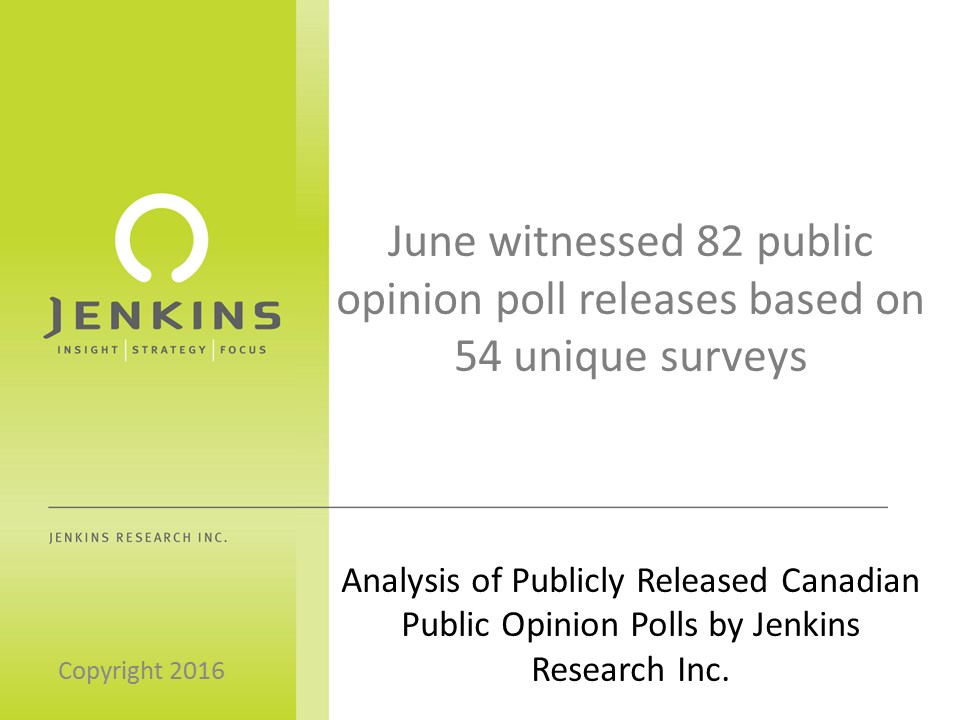 Below is a link to a report on the data that highlights some of the findings and allows those interested to do some of their own analysis (e.g. examine the geography of different modes of data collection). Some interesting facts about the number of releases in Canada. 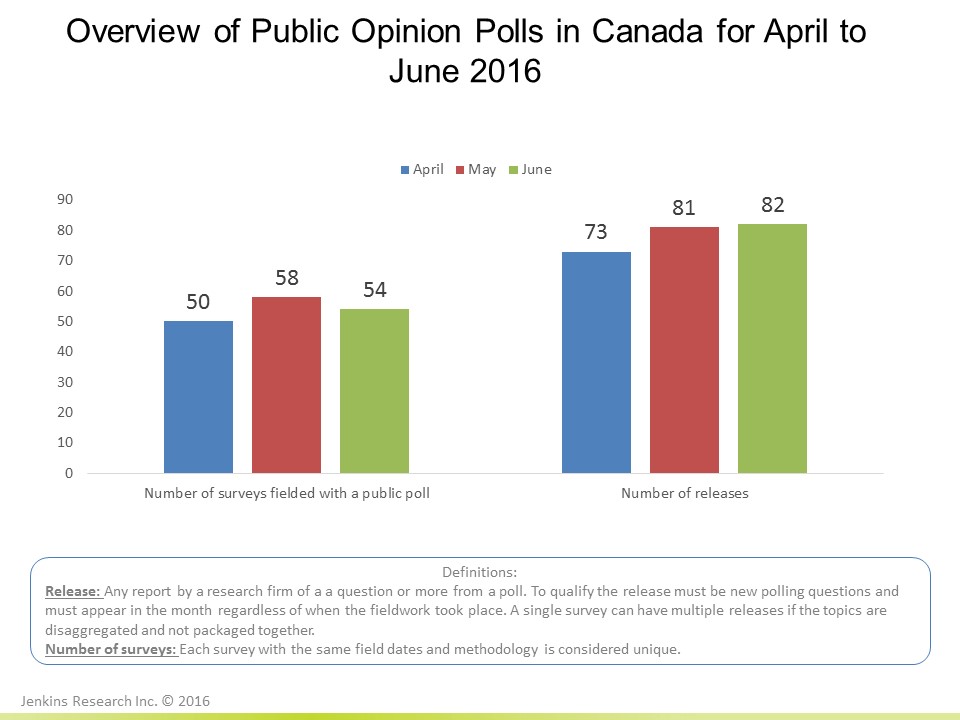 Number of Releases versus Unique Surveys from April to June 2016

Online (panel, including representative panels) is the most used data collection method representing 48% of all releases with telephone (24%) and IVR (23%) next most used.

Poll sponsorship is very intriguing. Just over a fifth (21%) were sponsored by a non-media sponsor while another 23% were sponsored by the media (e.g. CTV, Global, La press). While we do not know for certain if the media paid for the poll results, we are assuming that the media did not attach its credibility to a poll that someone else paid for.  Of the 82 releases, 38% of them did not have an identified sponsor.

The polls highlight the competition between interests (groups who want to influence policy), between media groups (for audience) and for market research brands looking to distinguish themselves in the public sphere.

Report on June analysis is available here with updated information on surveys identified since this original article was published.

About the data: All of the data reported here were collected by Jenkins Research Inc. Best efforts have been made to be as accurate as possible. Monthly results are updated based on new information. If you are interested in the methodology, you can find the information here.